Tune in to hear the last episode in our 4-part series that provides clinicians with recommendations for how to overcome common barriers when implementing cost-of-care (CoC) conversations. Peter Ubel will talk with Avalere’s Katherine Steinberg on actionable tips that primary care clinicians can use to help address potential barriers and challenges related to implementing CoC conversations in the clinical setting. Support for this podcast was provided by the Robert Wood Johnson Foundation and the New York State Health Foundation (NYSHealth). The views expressed here do not necessarily reflect the views of the foundations.
“The worst outcome is they realize you care about them in this new way. Even more important, if you start the conversation, you might be surprised to find out you know more about the topic than you thought. ” Peter Ubel 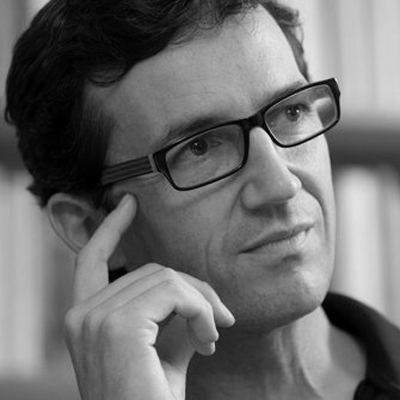 Guest Speaker
Peter Ubel, MD , Professor of Business, Public Policy and Medicine, Duke University
Peter Ubel is a physician and behavioral scientist whose research and writing explores the controversial issues about the role of value and preferences in healthcare decision making.

E3 – A Guide to Integrating Cost-of-Care Conversations into Workflow

E1 – Why Should Primary Care Clinicians Routinely Talk with Their Patients About the Expected Costs of Care?

Katherine: Welcome to the fourth episode of Avalere’s podcast series to support cost-of-care (CoC) conversations in primary care. This series was funded through the generous support of the New York State Health Foundation (NYSHealth) and the Robert Wood Johnson Foundation. The views expressed here do not necessarily reflect the views of the foundations. Hi, I’m Katherine Steinberg from Avalere Health. CoC conversations are discussions between patients and clinicians regarding the costs that patients and their families incur during their care, including out-of-pocket (OOP) and indirect costs such as transportation, child care, and lost wages. In this episode, we will discuss actionable tips for addressing the potential barriers and challenges related to implementing CoC conversations in the clinical setting. Today I am joined by our special guest, Peter Ubel. Peter is a physician and behavioral scientist at Duke University. His research explores controversial issues about the roles of values and preferences in healthcare decision making — from decisions at the bedside to policy issues. Peter, thanks for joining us.

Katherine: I know you’ve done a lot of research on CoC conversations. Can you start by telling us a little bit about how you got into this topic?

Peter: Absolutely. It was about 1991, I was training as a research fellow in general medicine at the University of Pittsburgh and I was inheriting patients who had been cared for by other people previously. I noticed a number of them would come to me with very expensive blood pressure medicines at a time when the best-known blood pressure medicines (i.e., with the best evidence that they actually reduced the chance of heart attack and stroke) were cheap generic pills. I wondered how they all ended up on these brand-new expensive treatments, so I actually decided to do a study:

And the doctors, when they relooked at the brochure I gave the patients and were reminded of why I was doing the study in the first place, wondered why they ever gave me permission to audio record them and basically kicked me out of their clinic. I was inexperienced, maybe not as persuasive as I should have been, but I also realized this is not a conversation that doctors and patients seem ready to have right now, even though it was really important. It’s only gotten more important since. And again, that was 1991 when I started first looking at the topic. Not many people had high deductible health plans at the time. Not many people had medicines that were being prescribed that were, you know, $5,000, $6,000, $10,000 a year for the medicine. It’s gotten even more important for clinicians and patients to talk about OOP medical costs. I’ve started looking at the issue again and I’m happy to say these conversations are way more common than they used to be (from at least what I would guess they used to be), and they’re starting to have a positive effect on the decisions people make.

Katherine: That’s such a great story. Thank you for sharing it. You hinted at some of these in the story itself, but can you share a little bit about some of the barriers you’ve seen to implementing these conversations?

Peter: Well the biggest barrier is to initiate the conversation, right? You can’t implement a conversation that doesn’t start. A lot of times, patients come in with financial concerns but aren’t sure it’s appropriate to bring it up. Physicians who realize that it might be important to discuss OOP costs also find at least 2 other big things standing in the way:

The price to any patient depends on what kind of insurance they have – not even whether it’s Medicare or Blue Cross, but whether it’s Blue Cross gold or Blue Cross bronze. And then it depends on whether the person has already spent off their deductible for the year or reached their OOP maximum, which is super hard for a doctor to figure out or a nurse to figure out right there in clinic that day. So, you’re already short on time, and if you start the conversation, you’re not sure you’re going to have good answers.

Katherine: Those sound like tough barriers. Do you have some suggestions on how to overcome them?

Peter: I’d say have a little faith and start the conversation anyway, because the worst outcome is the patient realizes you care about their OOP costs — that you recognize they might be suffering from high OOP costs and they know that they have a license to bring the topic up anytime it becomes a concern. So, the worst outcome is they realize you care about them in this new way. Even more important, if you start the conversation, you might be surprised to find out you know more about the topic than you thought. When they tell you there’s a specific medicine that’s costing a lot of money, that might be an “Aha!” moment when you think, “Oh my gosh, I could have given you this other medicine too; I didn’t realize you had high OOP costs. Why don’t I just give you this older but really effective drug?” Or you might realize they’re going to a pharmacy that’s known to be really expensive and you heard about one down the street that’s a lot less expensive to go to, like maybe Walmart has a $4 version of that prescription. Then you can just give your patient that advice and everyone’s happier.

Katherine: I love that re-framing. For clinicians and staff who want to start implementing these conversations, do you have any tips on where they can get some initial education on how to do so?

Peter: Yes, I’ll give 2 tips. One is listen to your patients. It’s amazing how much they know about the intricacies of their own insurance coverage, especially if they’ve already been incurring expenses from things you’ve ordered for them in the past. I’ll give you 1 example of that: this is not a primary care patient, this was a patient who came into a specialty clinic — very expensive biologic drug they’re getting for a severe illness. The doctor started asking the patient about their OOP costs. The patient and the caregiver lit into the doctor in a positive but very forceful way, saying “You know, doc, you might not know, but last year you cost us $600 we’re never going to get back.” The doctor said, “What do you mean?” The short version of the story is the patient has this very expensive medicine. When they pay for it OOP early in the year, they send that OOP receipt to a foundation that gives them assistance for their copays — a copay assistance foundation — that money comes back into their pocket. Meanwhile, the insurance company has seen that they paid a bunch of OOP and they’ve just met their deductible for the year. So it’s a win-win for the patient. But the previous year the doctor had ordered a bunch of tests during the first week of January, which the patient paid for OOP. By the time they got the medication it didn’t matter, they had to pay the copay (and got the relief from the copay) and they already had to spend their deductible on all these tests. They said, “Doc, if you give us that prescription the first week of January before all the other tests, you’re saving us that much money.” The doctor was surprised to find this out and realized maybe this is a strategy he could use for more of his patients.

Katherine: Wow. That’s a great example. Before we wrap up, are there any other pieces of advice that you would give a primary care doctor who wants to implement these conversations?

Peter: Absolutely. If you start having these conversations, just taking even small amounts of time to try to have the conversation — first off, remember, you might be saving other time that you would have had to spend trying to control their [the patient’s] blood pressure when it’s just that they couldn’t afford the medicines, and so it’s the non-adherence to the medicines that’s causing the blood pressure problem. By talking about meds and costs, you actually might more quickly figure out how to solve their blood pressure problem. The second thing is if you start having more of these conversations, you’ll find out what your patients and you don’t know, and you might find that in your particular patient population, there’s only about 5 or 6 things you generally need to know. With those 5 to 6 things, you’d be able to handle most people’s questions. Maybe there’s a time where you and your staff get together, you get a few cheat sheets, and you paste them on a wall next to the computer terminal. Or you have somebody in the office who becomes the OOP expert, and patients can swing by and talk to them to figure out which of those 3 medicines you suggest is best covered by their plan. So, if you have the conversations, you’ll very quickly figure out, hopefully, how you can solve most of people’s problems, most of the time.

Peter: That would be my advice.

Katherine: Thanks so much for your time today and for sharing both common barriers and ways to overcome them as it relates to these CoC conversations. To our listeners, if you haven’t already heard the other episodes in our series focused on increasing the value and frequency of these conversations, I encourage you to check them out. Our other episodes cover topics such as why it’s important to have these conversations routinely, tips for clinicians on how to talk with patients about the expected costs of care, and how to integrate these conversations into clinical workflow. Each episode we are joined by different special guest experts and they’ve been really insightful. Thank you everyone and have a great day.

Podcast: E3 – A Guide to Integrating Cost-of-Care Conversations into...

Tune in to hear the third episode in our 4-part series that provides clinicians with actionable appr...

Podcast: E2 – Quick Tips for Clinicians on How to...

Tune in to hear the second episode in our 4-part series that provides clinicians with actionable tip...

Tune in to hear the first episode in our 4-part series that focuses on how clinicians and other care...