Tune into another episode of Avalere’s Journal Club Review podcast series on Avalere Health Essential Voice. In this segment, our experts discuss the findings, limitations, and implications of a recent study that examined disparities in the health development of young children with respect to race/ethnicity and income.
“One result from the analysis that really struck me was that the odds of White children being vulnerable on one or more EDI domains are around 40% lower than Black children, highlighting the stark health disparities that start to manifest from a really young age.” Mallory Yung 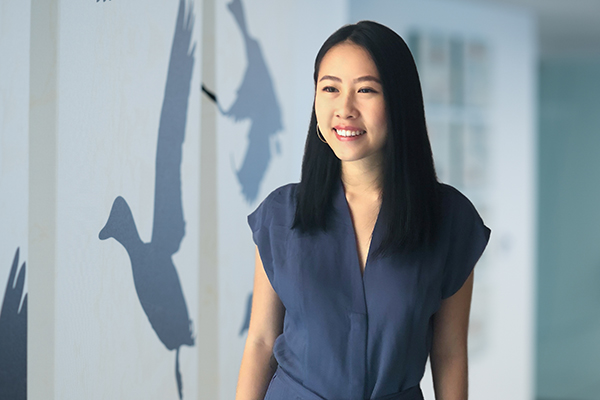 Mallory Yung supports clients with research and analysis that span a variety of healthcare sectors and stakeholders.

Angel: Hello, and welcome to another episode in the Avalere Health Essential Voice series focused on the findings and themes from Avalere’s Journal Club. In this series, we provide commentary on a contemporary healthcare publication that was presented at our internal Journal Club meeting, held each month to critically assess newly released studies in terms of methods and analysis, and discuss how the findings can be applied to our work.

My name is Angel Valladares, and I am a consultant here at Avalere in our Center for Healthcare Transformation. Joining me today is Mallory Yung, an Associate at Avalere with a background in public health policy and social determinants of health (SDOH).

Today we will be debriefing on an article titled “Measuring Equity from the Start: Disparities in the Health Development of US Kindergarteners,” published on HealthAffairs.org in October 2020.

Recently, there has been increased interest in the influence of SDOH on patient outcomes and population health. One very pronounced component of this concept is a disparity in outcomes among different populations.

While most social determinants and health disparities studies have been on adults and broader family units, there is an opportunity to improve long-term outcomes for children if the determinants can be addressed early in life. The article we will discuss today has a specific focus on understanding these issues in American children.

To get us started, Mallory, can you give us some background on the study? Tell us more about what the researchers were trying to find, and how they conducted their analysis.

Mallory: Thanks, Angel. Before we dive into the findings, I want to provide some background on why we chose to discuss this article. Since the start of COVID-19, the conversation around SDOH and health disparities has experienced a resurgence in the healthcare sector. Many of our clients have interest in addressing SDOH. An important part of this conversation is that racial and ethnic minority groups often experience health disparities early in life, and this ultimately impacts longer term health outcomes.

Angel: That’s a great point. Social determinants play a lifelong role in populations with respect to social, clinical, and economic indicators. So, it’s very interesting that with the advent of the COVID-19 pandemic, we’ve had a lot more attention paid to this specific issue. I think it’s a great time, then, to think about issues like social determinants and vulnerable populations. It’s interesting that we’re focused on children in particular today.

So, tell me more about the population of interest in the study and the focus of the research.

Mallory: The article examined potential health inequities among kindergarteners with respect to neighborhood income and race/ethnicity. Researchers sought to fill the gaps in existing evidence with respect to accurately measuring the multidimensional nature of children’s health. They used an instrument called the Early Development Instrument (EDI), which is a teacher-recorded measure of early childhood development. This instrument is widely used in other countries. Canada, for example, implemented its use nationwide in 2004 to help inform interventions that support early childhood development.

The main outcome of this study was overall vulnerability, where researchers defined vulnerability as children falling below the 10th percentile cutoff on any EDI domain. They also included almost 200,000 children from 8 states plus Washington, DC in their sample and conducted 3 analyses examining overall vulnerability by neighborhood median income, divided into quintiles, and race/ethnicity strata.

They also conducted a generalized estimating equation regression to predict vulnerability by race/ethnicity and median income. Race/ethnicity was categorized as Black, Latinx, White, Asian American/Native Hawaiian/other Pacific Islander (AAPI), and Other. The income quintiles were calculated at the census tract level based on American Community Survey 5-year estimates from 2012.

Angel: So, the authors used a validated index to quantify the concept of vulnerability and stratified the results by different race identity groups. I think it is important that they also looked at socioeconomic status and included that as part of the model. This is critical given the impact of racial and economic segregation.

Let’s get to the part everyone is probably eager to know. What were the results of their analysis?

These observations are consistent with the Minorities’ Diminished Return theory, which argues that racial and ethnic minorities gain disproportionately less health benefits from gains in socioeconomic resources when compared to White Americans.

Angel: I see. So, while there’s a disproportionate representation of vulnerability between racial and ethnic groups, that difference tends to disappear in the lowest income quintiles. However, non-White communities, except for Asian/Pacific Islanders, seem to have higher vulnerability regardless of income quintile. Is that right?

Angel: Alright. So, what did the authors say then about the large income-based disparity in White children versus Black, Hispanic, and Other children?

One result from the analysis that really struck me was that the odds of White children being vulnerable on one or more EDI domains are around 40% lower than Black children, highlighting the stark health disparities that start to manifest from a really young age.

Angel: This reinforces the general trends we’ve seen with adults, too. African American and Hispanic communities have historically faced disproportionately worse outcomes due to adverse social determinants that are not present in predominantly White populations. However, it also enforces the powerful determinant of income and socioeconomic status, given how stark the difference is in White children between the lowest and highest income quintiles.

Switching focus here, all studies have some limitations. I gather this one is not exempt from that. What are this study’s limitations?

Mallory: We identified 2 major gaps in the study. Race/ethnicity categories did not explicitly identify the Native American and indigenous population, and researchers excluded non-urban schools from the final analytic sample.

The Native American and indigenous population is critical to include, seeing as they not only face a higher risk of adverse childhood experiences, but also have a disproportionate prevalence of several chronic diseases. Their communities have some of the highest prevalence of diabetes and the highest diabetes mortality rates in the United States.

Regarding the second limitation, Native American health disparities may also vary based on urban and rural geographic region. We know that the rural and urban divide is a key factor affecting health disparities across populations. For instance, a 2016 study looking at whether there is a race-specific rural mortality penalty finds that there is a substantial mortality disadvantage for both Black and White Americans living in rural areas. However, the researchers reinforce that, despite there being a disadvantage in both communities, Black communities still suffer a higher disadvantage in their most advantaged areas than the least advantaged White communities. Future research addressing these gaps will be important for developing early childhood development policies and programs according to area-level needs.

Angel: These are notable limitations, and you make an excellent point about the rural and urban divide, especially given how geographically segregated we are throughout the country, both from a race/ethnicity and income perspective.

Now that we have discussed this article in detail, what are some of the implications of these findings?

Mallory: I think that both the results of the study and the use of the EDI tool itself have implications for many of our clients. For nonprofit hospitals, incorporating the EDI into their Community Health Needs Assessments could help them better allocate and prioritize their community resources. In addition, the EDI could inform strategies for community-based partnerships that health systems form to address unmet needs.

The results of this study also tell us that we need more community-based partnerships that specifically target early childhood development. An example of this is the United Hospital Fund’s Partnerships for Early Childhood Development in New York City, which funds partnerships between hospital-based child-serving primary care practices and community-based social services organizations.

For life sciences manufacturers, specifically those that manufacture therapeutics for the pediatric population, the EDI instrument domains may be useful when developing market segmentation strategies, which could increase pediatric therapeutic uptake and improve medication adherence. Although half the pediatric population suffers from some sort of chronic medical condition that requires medication, it’s estimated that anywhere between 50% and 88% of children and adolescents are non-adherent to their prescribed regimens. Moreover, medication adherence is impacted by socioeconomic factors. Unstable living environments and a lack of financial resources have been associated with decreased adherence rates.

If you’re interested in learning more about pediatric therapeutic access, our colleagues at Avalere recently published a whitepaper that discusses the public health implications of pediatric patient access to preventive vaccine-like products, such as monoclonal antibodies, that you can find on our website.

So, Angel, I want to flip it back to you. Based on your experience, what are your thoughts on the implications of this study for our clients?

Mallory: Thanks for sharing that resource. It just goes to show that we’re always on top of these issues. Kudos to our vaccine team on that release.

So, to your question, from my perspective, the only other major implication our clients and other stakeholders may want to consider is their advocacy strategy. Many stakeholders participate in public comment opportunities, requests for information, and other stakeholder engagement activities that involve providing evidence and perspective to the government. I believe that those stakeholders who are interested in policy development surrounding pediatric care and healthcare programs that impact children should consider child vulnerability in terms of its role on pediatric outcomes.

Additionally, there are several programs that are focused on closing disparities encountered by vulnerable communities, whether historically underrepresented, low-income, or rural communities. There may be important opportunities to generate evidence inclusive of child vulnerability information, as reported using the EDI tool that may inform responses to information requests from federal and state governments.

Mallory, thanks again for joining me today, and thank you all for tuning in to the Avalere Health Essential Voice Journal Club Review. Please stay tuned for more episodes in our Journal Club series. If you would like to learn more, please visit us at our website at www.avalere.com.

Podcast: What’s Next for Telehealth?

Tune into another episode of Start Your Day with Avalere. In this segment, our experts discuss the s...

Podcast: Social Determinants of Health: The Importance of Data, Part...

Tune into the second segment of the Avalere Health Essential Voice podcast series focused on social ...

Podcast: Social Determinants of Health: The Importance of Data, Part...