Between now and November, Avalere will to bring election content, including podcasts to the public dialogue. Our experts provide a quick glimpse into the role healthcare will play in the 2016 elections and hot topics you can expect to hear about on the campaign trail

Elizabeth specializes in policy, particularly in the implementation of the Affordable Care Act (ACA), trends in commercial insurance, drug pricing policy, and the impact of politics on the policy landscape. 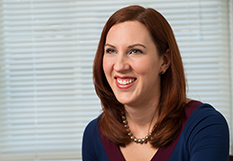 Elizabeth: Hello and welcome to the second in a series of podcasts focused on health policy in the 2016 elections. I’m Elizabeth Carpenter and I lead the policy practice at Avalere. Today, we are going to focus on what’s at stake for the drug pricing debate at voting booths across the nation in November. I’m joined here by my colleague Caroline Pearson, senior vice president for policy and strategy at Avalere. Caroline, I am going to switch things up today and start by talking about what our listeners should watch in the states. So, let’s start with a brief recap. What action have we seen so far this year in the states focused on drug pricing?

Caroline: Thanks, Elizabeth. The states have been active this year considering a variety of measures focused on drug price transparency. Vermont became the first state to require certain manufacturers to justify price increases by disclosing select input costs to the state. Connecticut’s governor also signed legislation that establishes a task force to study value-based pricing of medications. We continue to wait to see if a few remaining states, including California, will take action this year.

Elizabeth: So, looking ahead, what role do you think the 2016 elections may play in the future of these initiatives in the states? Do you expect them to continue?

Caroline: Great question. I’ll answer the second half of your question first. Yes, I would expect the focus on drug prices will continue in the states in the next legislative session, particularly if the issue continues to gain attention at the national level. As for the role of the elections, legislatures need to pass these pieces of legislation and governors need to sign them into law. There are 12 gubernatorial elections this year and 86 of 99 legislative chambers across the country are also on the ballot. So, it is safe to say that the outcome of the 2016 races will impact what we see on this front in the future.

Elizabeth: Thanks, Caroline. Before we move on, we have not talked about the ballot initiative in California.

Caroline: Yes, absolutely. The people of California will vote on a ballot initiative that would tie prices that some state programs pay for medications to the prices paid by the federal Department of Veterans Affairs. The initiative has implications for stakeholders operating in California and beyond because of government price reporting standards and the precedent it might set for other states, among other issues.

Elizabeth: Well I think I probably speak for many of our listeners when I say we’ll be watching California closely this fall. Ok, let’s move onto the presidential election. First, let’s start with what the presumptive nominees have said about drug prices. Hillary Clinton made news recently by releasing additional details on her healthcare plan. How much focus has she paid so far to drug prices?

Caroline: Secretary Clinton continues to make affordable drug prices a cornerstone of her healthcare platform. She has released a detailed plan, which contains familiar proposals such as importation, secretarial negotiation, and rebates, as well as other proposals such as instituting a minimum R&D spending requirement for manufacturers – sort of like the MLR for health insurers.

Elizabeth: And what about Donald Trump? Where does he stand on these issues?

Caroline: Interestingly, Donald Trump’s posture on drug prices has been inconsistent with the traditional Republican position. Trump has publicly supported both importation and negotiation, but it is important to note that he has spent less time emphasizing these issues than Clinton.

Elizabeth: Do other elected Republicans agree with Trump? A few weeks ago House Republicans released a fairly detailed healthcare plan. What did they have to say?

Caroline: The proposal from Republican leadership does not echo Donald Trump’s stance on drug prices. The plan steers clear of these more controversial policies and instead focuses on supporting the 21st Century Cures initiative, investing in research, and potential reform of the FDA.

Elizabeth: Ok, we are almost out of time. So, let’s talk turkey. What are the implications of a President Clinton or a President Trump for the future drug pricing reform policy?

Caroline: Despite some Donald Trump’s statements on the campaign trail, action on these issues is more likely under a Clinton Administration. Importantly, many of the policies that are being discussed would need Congressional approval. However, the next president will likely have new levers, such as CMMI and potentially IPAB, if triggered, to advance policies through administrative action with little Congressional oversight.

Elizabeth: Well, I think that is a great place to end our discussion today. Thank you for joining us and enjoy the upcoming conventions!

Podcast: Impacts of the ACA's Medicaid Expansion on Women of Reproductive Age

In his first address to Congress, President Biden signaled that healthcare will continue to be a hig...

Digital health will continue to be a focus under recently confirmed Secretary Becerra‘s leadership...