Tune into the second episode of the Avalere Health Essential Voice miniseries focused on Medicare Part D. In this segment, our Policy and Market Access experts discuss how health plans make decisions, particularly formulary decisions, in Part D, and how specific markets influence those decisions.
“Beyond the plan actuarial level, I think it's very hard to understand and put together loss ratios, but it is important to recognize what is going on, what the dynamics are, and what the drivers of loss ratios are, at least in the broad context, particularly for manufacturers.” Neil Lund 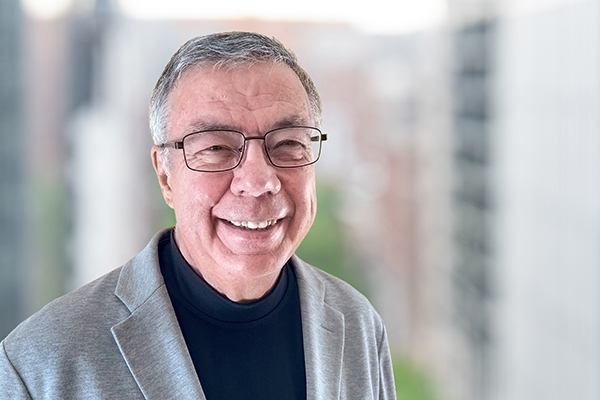 If you would like to watch the video version, please visit our video page.

Our podcast show covers a wide range of healthcare topics. In today’s episode of our Part D miniseries, we’re focusing on understanding plan decision making in Medicare Part D. Before we dive into how plans make decisions, let’s share a quick overview of the Part D markets that influence these decisions.

I think the key thing to understand is that the plan’s formulary always has to be compatible with the plan designs and the target markets themselves. Part D is composed of many different markets. Sometimes it’s thought of as one large market but thinking about it as a series of smaller markets is better when it comes to really understanding how plans make decisions.

There are some obvious splits like PDP (prescription drug plan) versus MAPD (Medicare Advantage prescription drug plan), and low-income versus non-low-income populations, but there are very different needs, and these markets should be approached differently. PDP and MAPD have roughly 50% market share at this point in time, and the low-income subsidy (LIS) population has about 25% market share, but they’re a disproportionately larger share of the actual utilization.

Another portion of the market that’s yet more different are the EGWPs, or employer group waiver plans. That’s about 19% of covered lives.

Finally, you can think of Part D as having submarkets defined by certain disease states like C-SNPs, which are chronic condition special needs plans for certain beneficiaries that have chronic conditions and very significant healthcare needs and challenges. I think that segmentation of this market is the most important thing to think through, and buyers in this market can be quite sophisticated and have pretty good tools to search for a plan that’s going to meet their needs.

So, Neil, we are often asked about how plans make formulary decisions. How are these decisions made? Can you walk us through some of the key components for making those decisions?

Neil: Sure. I’m glad to, Ryan. First, we need to understand that CMS has extensive guidance and regulation around formularies. This creates a compliance framework, which constrains how Part D formularies can be structured by plans.

The fourth piece to this is the financial dimension. Plans can’t operate at a loss. No one would last very long with that. So, loss ratios are a major tool used in analyzing and structuring the formularies.

Taking all of this into the mix, this becomes a very collaborative effort on the part of these groups. It’s important to note that no one group has an absolute veto on anything. It is very collaborative and it is often a very interesting set of discussions.

Ryan: Neil, I’m glad that you mentioned the financial component. Part D is a fascinating and unique market because unlike other markets, say in the commercial space, in Part D, there is a shared liability structure for the total cost of the benefit. So obviously, you’ve got plans contributing to the total cost, but you also have the federal government for a significant portion of the benefit, manufacturers through the coverage gap discount program, and beneficiaries on the cost sharing side.

The reason that matters is that when costs go up, when list prices go up, those costs are shared according to the proportion that each of those stakeholders has for the cost of the benefit. If list prices were to go down, then the savings would also be shared along those same percentages.

So, when you add manufacturer rebates into the mix, that’s when things get really interesting because rather than sharing the savings or the cost associated with list price changes, plans are keeping most of the rebates that they’re collecting, with the exception of the portion that is shared with the federal government in the catastrophic phase.

Rebates really can go a long way in driving liability shifts for plans in some cases, depending upon not just the rebate that’s being offered for a particular product, but also where most of those scripts are filled within the benefit because plans are taking on more of the benefit cost early on in the initial coverage phase, and much less in the coverage gap and in the catastrophic phase. Some drugs can actually wind up being profitable to plans on a net basis. I think it’s fair to say that those drugs may also function as a subsidy to plans against those drugs that happen to be a lot more costly.

So, Neil, I’m wondering if you wouldn’t mind elaborating a little bit more on of some of the financial components to this, and maybe introducing how loss ratios come into the picture as it relates to the plan’s net liability.

Neil: Gladly, Ryan. Loss ratios are designed to take into effect all of the factors that you mentioned. Loss ratio, at a simple level, is the net cost of the drug benefit to the plan itself, divided by revenues, which would include the CMS subsidy member premiums and any other revenue pieces like that.

Looking at the numerator, which is the drug costs less member copays, less LIS claim subsidies, less rebates. And it’s net rebates because rebates actually gets shared with CMS.

As you mentioned, loss ratios can be quite low for some drugs. Some drugs that may be seemingly very expensive have low loss ratios because of the risk scores that adjust the revenue that come to plan, as well as the rebates. So there are a variety of factors that come into play.

There are some very interesting differentials that come out. For example, any given drug will have a significantly different loss ratio between LIS members and non-LIS members. There are other cuts that are the same way. It’s important to note that MAPDs often will look at the total loss ratio, that is the drug in combination with medical spend, to look at the total loss ratio for their products. That has the advantage of being able to make trade-offs between drug costs and medical costs. That’s a trade-off that does not exist in the PDP market.

Ryan: Interesting. Neil, it sounds to me that if you’re sitting in the shoes of a drug manufacturer, you should be very interested in really understanding how all these dynamics work, and ideally, to try to seek to conduct some of this modeling internally. My question to you is how understood do you think these concepts are outside of just the plan space, and do you agree with the notion that having greater insight into some of these financial considerations would be critical for manufacturers that are interested in understanding how plans make decisions and how formularies come together?

Ryan: So let’s put this into some larger context. Based on the Part D bid calendar and some of the strategic considerations that you’ve teed up already, if you’re a life sciences stakeholder, when would you recommend you start thinking about these issues?

Neil: Actually, Ryan, it’s a continuous process for the plans themselves. They’re never out of bid mode. Realistically, you can think of them starting the process in July shortly after the bids have been submitted.

The bid strategies themselves are a combination of behavioral economics at both the member level and the plan level because you’re trying to determine what your competition is doing; game theory, which again ties into both members and your competitors; conditional probabilities, because information emerges over time that is critical for the bid; and frankly, hard negotiation, both internally with manufacturers and others.

Generally speaking, around November, the PBMs (pharmacy benefit managers) and plans will submit RFPs to manufacturers with the intent of having a response around the end of the year, but the final decisions on the formularies themselves probably will not be made until early May. It’s as late in the process as possible to get all of the work done around submitting them to CMS because there’s a lot of information such as CMS not releasing the final rules for the year until April. Of course, the first Monday in June is when all bids are pencils down at that point.

Ryan: Right. So, let’s put all this together, then. If we think about the importance of market segmentation, if we think about the role that rebates play in the plan’s overall financial liability, and the notion of the loss ratio down to the member level, if you’re a manufacturer, you want to start evaluating all of these various marketplace and financial considerations no later than September in the year prior to that June bid submission deadline. Fair?

Neil: That’s fair. And as you mentioned early on, one size, one approach, does not fit all. Unless your product has a clear, compelling clinical and financial advantage over all competitors, you’re going to be treated differently on different formularies by different plans. It’s just the nature of Medicare Part D.

Finally, I think it’s important for manufacturers to be prepared to work with plans and PBMs. The manufacturers’ goals and the plans’ goals are not fully aligned, but the goal is through negotiation and understanding to bring them as close to alignment as we possibly can.

Ryan: Yeah, it’s fascinating. Neil, I want to thank you so much for your time today and I want to thank all of you for tuning in to Avalere Health Essential Voice. Please stay tuned for more episodes of our podcast show. If you’d like to learn more, please visit us at Avalere.com/podcasts.