Tune in to the last episode of our mid-term elections series to hear Avalere experts Chris Sloan and Elizabeth Carpenter discuss potential implications on health policy.
Please note: This is an archived post. Some of the information and data discussed in this article may be out of date. It is preserved here for historical reference but should not be used as the basis for business decisions. Please see our main Insights section for more recent posts.
“Both sides are making a calculation if working together is good for them heading into the next election or if fostering gridlock and highlighting differences is a better political path.” Elizabeth Carpenter 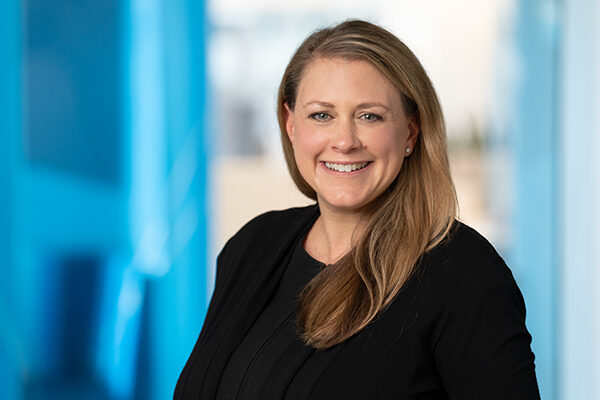 As president of Avalere Health, Elizabeth Carpenter is responsible for the firm’s consulting, sales, and operational functions.

As a reminder for those of you living under rocks, the mid-term elections ended with Democrats taking control of the House while Republicans increased their lead in the Senate. In three states, Medicaid expansion ballot initiative passed, which is likely to lead to about 325,000 new enrollees in Medicaid in Idaho, Nebraska, and Utah. Also, Democratic candidates who campaigned on Medicaid expansion won the governors races in Kansas, Maine, and Wisconsin, potentially leading to another 300,000 Medicaid enrollees in those states if they follow through with expansion.

Joining me today to talk about all of this and what we can expect in healthcare from the new Democratically-controlled House is Elizabeth Carpenter. She’s the senior vice president of our federal and state policy group, and she’s the preeminent expert at Avalere in all things health policy. Thanks for being here.

Elizabeth: Thanks for having me.

Chris: The exit polling for the elections showed that healthcare again was one of the top issues for voters in the elections, eight years after the passage of the ACA. Can you talk about why this issue has continued to be such a big part of campaigns and elections in U.S. politics?

Elizabeth: I think this election marked a new high in some ways in terms of how Americans thought and voted on health care. If you had asked me this question leading up to 2016, I would have focused on Americans talking about jobs and the economy, and I would have linked healthcare to jobs and the economy. People often talk about being worried about their job because they are worried about affording their health insurance and their healthcare. This year, from a domestic policy perspective, we saw healthcare at the top of the list, and when you look under the hood, what you see is that people were focused on healthcare costs and not necessarily those costs that are predictable—premiums ranked somewhat low on the list. People were very focused on surprise medical bills and certain areas where we’ve seen increased deductibles and coinsurance that are leading people to be more exposed to system costs. It’s clear that people were focused on healthcare, but they were really focused on having a surprise or unexpected healthcare expense where they were going to have to go out of pocket quite a bit at one time. As the economy has stabilized, people seem to be zeroing on the healthcare front. What I would say is, in all of our policy discussions of healthcare costs, you have to ask yourself, what is the policy doing to address that question? In many cases, I would opine that the policy is not doing much. So it is quite likely that we may see this issue continue as we head towards 2020.

Chris: In that vein, a lot of the Democratic candidates this election cycle were campaigning on expansions of public programs, like Medicare for All, Medicare for More. Do we expect that to continue now that Democrats have taken control of the House? How big of an issue do you think recent campaign promises have been?

Elizabeth: I would say the Democrats face a choice in this moment about what they want their next step of health reform to look like in advance of 2020. In general, I would very much expect Democrats to use the next year or two to offer thought leadership and position their party in advance of the presidential race. What that looks like, I don’t think we know at this moment. There were a number of candidates, interestingly at the state and federal level, who embraced a Medicare for All or Medicare for More type of approach. Some of those candidates won and some didn’t, and it’s hard to pinpoint what role their position on this circular policy had in those results. But I think it is fair to say that there will be continued debate over what role Medicare and other public programs play in covering our citizens and that Democrats will need to land on something in advance of 2020.

Chris: So that was one big issue in the campaign, and another big issue that was on both sides was pre-existing conditions protections that made its way into the campaign season this year. There is still a lawsuit in Texas challenging the Affordable Care Act and the pre-existing conditions now that the individual mandate is gone. Do you see this as an option for some sort of bipartisan consensus coming out of the divided congress? What do you see happening with this issue going forward?

Elizabeth: This is another issue where when you look under the hood, even people who say the same things mean potentially very different things. We had candidates on both sides of the isle running ads that talked about their desire to protect pre-existing condition protections, despite the fact that some of those candidates voted to uphold the Affordable Care Act and others voted to repeal it. You asked what might happen if we see the core go down this path where pre-existing conditions projections will be null and void and would Congress sweep in and produce a solution. On face, you could say both parties to some degree do want to maintain protections for some pre-existing conditions. In practice, how you do that gets complicated. Once you open up this particular issue, you’re going to have people on one side of the isle wanting to use it as an opportunity to do certain kinds of reforms, and you have people on the other side of the isle who want to change the insurance market in another way. We’ve heard already from Democrats, for example, who are interested in potentially pursuing limitations on some of the short-term plans, including association health plans and other types of plans that don’t meet all Affordable Care Act requirements. People have already said they want to pursue this in this congress. So you can imagine there being a real need to do something, but at the same time, you can envision how this gets complicated and partisan really quickly. The closer we get to 2020, the more complicated any kind of healthcare debate gets.

Chris: Given those realities of a divided government and partisanship, are we in a holding pattern for health policy until 2020 and the next election?

Elizabeth: I think a TBD there. Based on what we’ve seen so far, I don’t think anyone holds out a lot of hope for kumbayah and bipartisan progress. At the same time, we’ve seen over the past 24-48 hours various lawmakers on both sides of the isle talking about, for example, the drug pricing issue. The important thing to remember here is that we have a president who is non-traditional in some of his thinking and not necessarily aligned with the positions of the historic Republican party, so to the degree that Congress can reach some kind of alignment, it’s quite possible the President would sign something that another president might not. But it really is up to Congress to decide if they can and want to work together. Both sides at this point are making a calculation about working together and governing is good for them heading into the next election or if fostering gridlock and highlighting differences is a better political path.

Chris: Great. Well, thank you so much for being with us. That wraps up our final episode of our three-part Avalere mid-term elections podcast series. As always, watch for more updates and analysis from Avalere over the coming weeks. Feel free to reach out to us with any questions. You are listening to Avalere Podcasts.